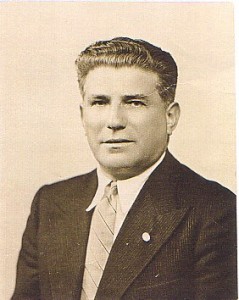 Read all about Noah

Noah Zerdin (1888-1972) was from Latvia. In 1906 he fled the Tsarist regime in Russia for London and established a successful business in Oxford Street as a furrier. It was only after a devastating fire, in which his wife Bertha died and his business was destroyed, that he began holding séances, apparently believing that he had successfully made contact with his late wife.

Noah became a well know Direct Voice Medium and is well known for having founded The Link , a network of Spiritualists groups built around small groups that sat for spirit contact in their homes.

What Grandad Did In The Dark

The Aeolian Hall proceedings were professionally recorded on 26 acetate discs. These were to lay undisturbed in a trunk for 67 years before being discovered in 2001 by Dan Zerdin (Noah’s son). The discovery led to a fascinating BBC Radio 4 documentary What Grandad Did in the Dark, first broadcast 4 January 2002, and the discs were subsequently donated by Dan to the British Library.

BBC Documentary: What Grandad Did In The Dark 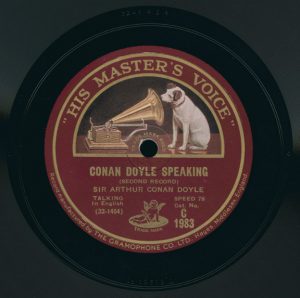 A special thank you to Lew Sutton for his extremely hard work and dedication in scanning, indexing and making these journals available.

Any redistribution or reproduction of part or all of the contents in any form is strictly prohibited. You may not, except with our express written permission, distribute or commercially exploit the content. Nor may you transmit it or store it in any other website or other form of electronic retrieval system.